Sample 1:
Sample Answer:
In this image, we can see a student who was studying for his exams. After an hour,
he fell to a deep sleep and put his head on the book. Moreover, we can see a lot of
books on the desk which he should study.
In the picture, a boy is seen with a lot of books and after studying, he fell into a
deep sleep.
The picture shows a youth, sleeping on a book. On the left side, I can see many
books that place on top of each other. It seems that the youth enthusiastically
studied his books.

Sample 2:
Sample Answer:
The image displays the life cycle of a hen. It also shows that it takes three weeks for
an egg to become a chick.
This picture illustrates an egg will being a chick in 3 weeks and after 3 months the
chick get mature and be an adult.
The picture shows the life cycle of a hen. Each period indicates that how much time
need to reach next step. For instance, it takes three weeks to born a chick.
Sample 3:
Sample Answer:
The image shows a festival in a big city at nights. Moreover, we can see the
reflection of light in the surface of a river makes a beautiful scene.

This photo is related to a festival in Sydney which is important and entertaining
with some fire plays near a wide river. We can also see a big bridge in the picture.
The picture shows a ceremony with fireworks. In the foreground we can see a lake
that indicates the great reflection of lights.

Sample 4:
Sample Answer:
This picture demonstrates an ancient city which has beautiful monuments.
Moreover, we can see the clouds in the sky as well as trees around a square in the
city.
A mosque with a dome and some minaret in prospect of a city; contrasting spiritual
dimension of a modern life.
This picture shows a mosque located in center of a city, where mass of tourist can
do sightseeing or taking some pictures.

۴
Sample 5:
Answer:
The image illustrates a big eagle which is brown and white and is flying near the
surface of a sea. Furthermore, we can see, mountains and green trees as well as
the blue sky.
In this picture, a huge eagle is shown which is trying to catch a fish. It has a long
beak and brown wings.
This photo shows a brown and white eagle, which is flying over a sea. In the
background of image there is a woods, and the beautiful sky. This photo is
enjoyable.
Good Luck 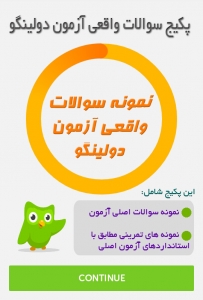 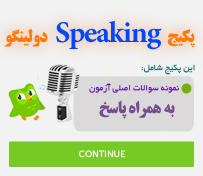